Once there lived a family. One of them was the elder brother Fernan who loved Adventures but had never gone to any adventure. So one day their family had planned to go to an adventure in the forest.

They took food and water with them. When they reached the forest they were tired. They did not have sufficient food left with them because they had finished most of the food in the car while they were travelling. So then they planned to go hunting . They played a game and in that game whoever lost would go to hunt. So Fernans had lost the game and so he went to hunt. When he was walking through the forest to hunt he saw deer. He took a piece of wood which was lying on the ground. He took the wood in his hand and tied it to a stone to make a spear. He threw this spear on the deer and the deer fell down and died. He brought the deer after killing it to the family. Then the family made fire and eat the deer. It was very cold so the family made a shelter too. After they finished making the shelter they all went to sleep. The next morning when they got up they saw a tree which was of different fruits. They were hungry and needed to eat. So they decided to climb the tree. After sometime they got oranges, apples and mangoes. They ate some of the fruits and collected the fruits that were remaining. Then when they were going back to the shelter they made, They saw a pride of lions. So they ran away to make weapons. Fernan and Alanns went to find the spear which Fernan had made before. The Father and mother made a torch using a piece of wood and by rubbing 2 stones. When they went back they saw that the lions had already gone from there. Thank God!! Said Fernan and went back to the tent on the way to the tent far away they saw a zoo. Fernan asked if they could all go to the zoo , “it will be fun”., he said Everyone agreed. So they took the car and went to the zoo. 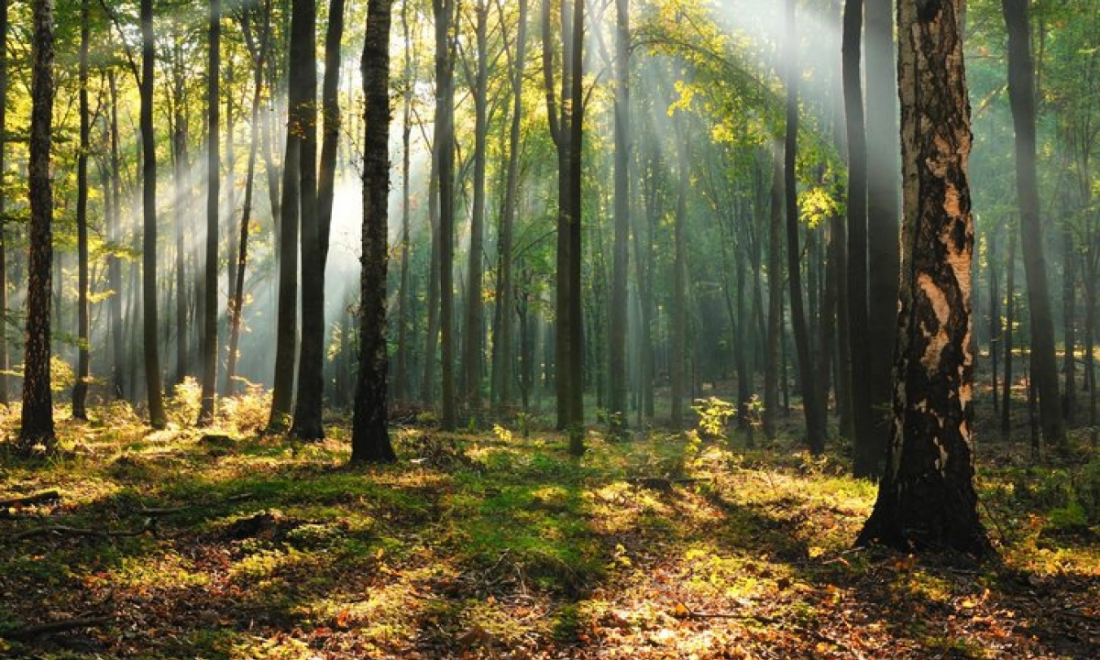 Chapter-2 Zoo is back

On The way to the zoo they saw a duck in the water. It looks funny said Alanns ha ha. He told ”Dad drive the car fast”. After a while the family reached the zoo. First, Fernan and Alanns wanted to see a zebra. They went to see the Zebra. ”He looks like you” said Fernan. Who? Asked Alanns. He told you. Ha ha ha said Fernan. Later, after seeing the Zebra the children were hungry and sleepy. They saw a restaurant and eat Pani Puri. They slept in the restaurant. The next morning they again went to the zoo. There is a monkey on the tree said the mother. It is catching the branch. There is a wild dog said dad. ”It is so fun” said Alanns. Let us see the cat. Mother said no it is too late. Pls! Said Alanns. Ok said mom but cat is the last animal. Ok said Alanns. See the cat. It is a baby. Now let us go home we will go too an island next time. 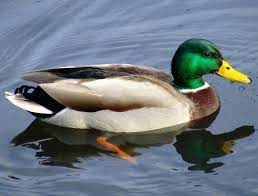 Yea this time it is the Island said Alanns. Exactly! Said Fernans. This time mom and dad told that we will be going by boat to the Island. Yes! Said Fernan and Alanns. This boat is so big said Fernan. We can play and sleep. I am feeling so happy said Fernan. It is so cool but how much time will it take to reach the Island asked Fernan. Dad Replied it will take up to 2hours more but don’t worry we will reach fast. Look at the fishes said mom. They are so beautiful. Yes agreed dad. Now we are almost going to reach the Island said dad. Look can you see it. It looks so beautiful from far. Be careful boys they can be animals said mom. Now let us camp in this Island. I have bought your favorite food biryani and chocolate bread. Yummy! Said the boys. But how will we sleep. We will make a treehouse said dad. The family started to work. Wow! we made it. It looks so beautiful. Now we can stay here the next day. Mom do you have fruits. No! Replied mom. Dad said come let’s find some fruits. Ok said the family. We have got apples said Fernan. It is so tasty said the family. Now let us leave the Island. We will think for which adventure we will go next said Alanns. Now let’s go home said mom. 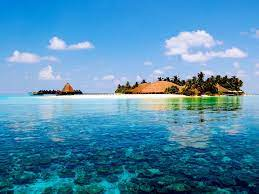 Mom and Dad where are we going today. Mom replied should we go to Iceland? Yea that will be cool. Let us go by train. It is fun in train because we have our separate room. Yea ok said Fernans. After sometime the boys were very thirsty. They saw a stream. But now will we drink the water it is so cold said Fernan. Then let us take the water and drink later. Ok replied the boys. After sometime they drank the water. Ah! I can see the Iceland. Yaa it is so beautiful but it has no trees said Fernans. No problem said mom. Mom and dad I like to make Igloos can we make said Alanns. The parents agreed. So let’s start to work. Wow the igloo looks so so good. Now let us eat and go to sleep said mom. The next morning… It was so cold in the igloo said the boys. Oh if you boys get cold then we won’t get to go for more adventures said mom. Ok mom. Now lets eat said dad. But what will we eat? Asked Fernan. We will go fishing said Alanns. Ok so let’s go fishing. Oh see I have caught a big fish said Alanns. Now let’s eat the fish and go home. Fernan, should we go to the desert next?…………………………. 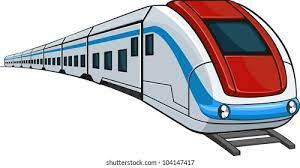 Yes, today we will go to the desert Alanns. Deserts are hot so let us take plenty of water said mom. Also, deserts are humid said dad. Dad which desert are we going to? Let’s go to Sahara desert said dad. We will be going by cart said dad. Ok replied the family. On the way to the desert they saw a camel. Mom can we ride this horse asked Alanns. Yes replied mom, but be careful. Ok said Alanns. This camel is very fast. It is so windy in the desert and the sand is getting into my eyes. Now, let’s go back to the cart said dad.  I am feeling tired said Fernan. Mom did you bring any snacks?. Yes! I have bought chips, juice and some breads with nutrela. So tasty food said Fernan. Yummy! Replied Alanns. Mom when are we going to reach the Sahara desert. We will reach in some minutes. Ok replied the boys. Look can you all see the desert asked dad? Yes! Yes!! we can see the desert. It is so beautiful. Is there more food left. Yes there is more food replied dad. The family eat the food. Can you see those leaves asked mom? Yes replied Fernan. Those are banana leaves.

Fact—– The Sahara desert is the largest hot desert in the world and the third largest desert overall.

We can make a house with banana leaves and wood said mom. This house is too small. No problem said dad. I am hungry said Alanns. Dad should we go to search food? Asked Fernan. Yes. But in desert there is very little food said Alanns. Wait, I have bought some food replied mom. The family eat the food. Mom should we play some games. Ok but I dint bring any games. I have bought cards said Alanns. 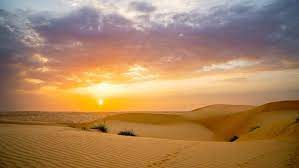 Today I will not choose where to go said dad. Ok said Alanns. Fernan replied I want to go to the rainforest. Ok said mom and dad. Today is a bright day said mom. Are we going by bus? Yes said dad. I don’t like bus because it goes to slow said Fernan. Rainforest have many trees said dad. Is this the rainforest? Asked Alanns. No replied dad this is a forest. Ok said Alanns. It is taking lot of time said Fernan. We are almost reaching said dad. Dad and mom can you see that gun in the sand. Yes replied the parents. Can we take the gun. No said the parents. Ok said the boys. We have reached the Rainforest yes! After sometime It started to rain. Dad, Mom we need shelter as it is raining. Mom replied take the leaves which are there on the ground. While, me and you dad will take the branches. They put the leaves on top and branches straight to hold the leaves so no rain can come. It looks nice said mom. Mom I am hungry. No problem I have bought vegetables said mom. But mom you know we don’t like vegetables. So now you are hungry so you need to eat. After eating they went to sleep. The next day……. Mom told I have bananas and watermelons. The boys replied mom but why did you not give us yesterday. Mom dint reply. Now let’s eat…..but after eating it started to rain again. Now the family went back to the tent. I am feeling like playing games said Fernan. After sometime the rain stopped. Now let’s go home said dad. Ok said the family. Dad the bus is gone. Now we will go then by raft. Ok said the boys it will be fun. We need some logs of wood said dad. They took a rope and tied it to the logs. The raft is good. Now let’s go…. Can you see that fish it is a Piranha. Oh did you study about this. Yes said Fernan. There are so many fish said Alanns. Now we reached the house. Let’s go home. Ok replied the family.